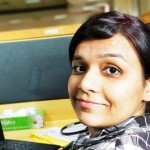 On Tuesday, a Washington, DC attorney filed a lawsuit against one of the best known online retailer, Amazon. The lawsuit states that the online retailer has broken the antitrust law by asking the third-party seller not to offer any better deal on their products on any other platform.

Karl Racine, the Attorney General, also states that Amazon requires their listed third-party sellers to quote the same or better price they tend to offer elsewhere. And Amazon’s price quoted on their platform includes their fees too, which can be 40% of the total price at times. As per the policy, it can make the price of the same product quite expensive for the platforms competing with Amazon.

The lawsuit is filed against Amazon. One of the largest technical companies is an effort to limit the abuses they are putting up because of the outsized market power. Although Amazon has shown their disagreement, their policies always aimed to keep their product prices as low as possible.

As per the attorney, Amazon has always used its dominant position in the online market to win the game. Amazon has maximized its profits at the expense of consumers and third-party sellers and harmed the competitors.

The lawsuit has asked Amazon to stop practicing anti-competitive policies and has called for remedies and damages.

After hearing about the lawsuit, the share price of the company dipped but recovered too instantly.

Amazon, Apple, Google, and Facebook have spent more than 12 months under antitrust scrutiny. Late last year, the United States Justice Department sued the tech giant Google for alleged violation of the antitrust law. Another tech company, Facebook, was also sued by the states and federal trade commission for antitrust scrutiny.