What are some amazing Esports games? 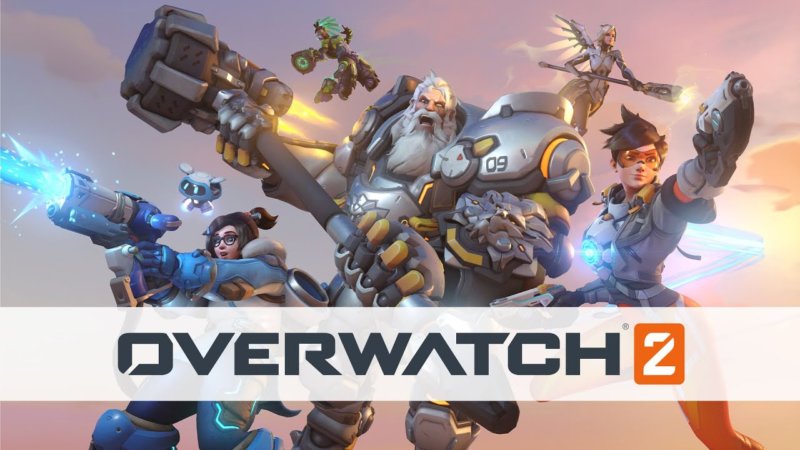 Esports are gaining popularity with each passing year. In fact, in the recent past several e-sports associations have been established such as The International e-Sports Federation and Major League Gaming, furthering the cause of gamers all over the world. Even though we have seen some massively popular games come up as professional esports competitions; many still wonder as to which are the upcoming Esports games they should give a try?

As esports continues to grow and gain mainstream acceptance, more and more games are being recognized as viable competitive titles. While many games have been played for years, only recently have they begun to gain traction in the world of esports. In order to understand this growth, we need look no further than the most popular esports games currently being played.

DOTA 2 is a multiplayer online battle arena video game developed and published by Valve Corporation. The game is a sequel to Defence of the Ancients, which was a community-created mod for Blizzard Entertainment’s Warcraft III: Reign of Chaos and its expansion pack, The Frozen Throne. MOBA games have been played competitively in tournaments since 2011 and have been featured at both Electronic Entertainment Expo (E3) and Major League Gaming events. Major League Gaming partnered with Valve to incorporate Dota 2 into the Pro Circuit in 2012, which includes both online and offline tournaments for teams in North America and Europe.

League of Legends is a multiplayer online battle arena video game developed and published by Riot Games for Microsoft Windows and macOS. The game follows a freemium model and is supported by microtransactions, and was inspired by the mod Defence of the Ancients for the video game Warcraft III: The Frozen Throne. In League of Legends, players assume the role of an unseen “summoner” that controls a “champion” with unique abilities and battles against a team of other players or computer-controlled champions. The goal is usually to destroy the opposing team’s nexus, a structure which lies at the heart of a base protected by defensive structures. To defeat this, champions must gather items and experience points through combat on the map to gain levels.

Counter-Strike: Global Offensive (CS:GO) is a multiplayer first-person shooter video game developed by Hidden Path Entertainment and Valve Corporation. It is the fourth game in the main Counter-Strike franchise. Counter-Strike: Global Offensive was released for Microsoft Windows, OS X, Xbox 360 and PlayStation 3 in August 2012, with the Linux version released in September 2014. It features classic content, such as revamped versions of classic maps, as well as brand new maps, characters and game modes. Cross-platform multiplayer was planned between Windows, OS X, Linux platforms, but was ultimately limited to Windows only because of the differences in update frequency between operating systems.

The game had a dedicated competitive scene during its early years, but this died down once Valve began focusing on other titles. A major professional competitive league, ESL Pro League (EPL), was founded in 2016.

The most recent major tournament was ESL One Cologne 2016 which saw SK Gaming defeat Astralis 2-1Counter-Strike: Global Offensive has been heavily criticised by some members of the gaming community for its overuse of microtransactions and loot boxes

Fortnite, a game developed by Epic Games, is one of the most popular video games in the world. It’s a battle royale-style game where players fight against each other to stay alive.

Fortnite was released in July 2017 and has been growing ever since. The game has more than 250 million registered users and has been downloaded over 125 million times on Android alone.

Fortnite is also available on iOS and PC platforms as well as Xbox One and PlayStation 4 consoles.

Call of Duty: Black Ops 4 is a first-person shooter video game developed by Treyarch, published by Activision and released on October 12, 2018.

The game is the 15th main entry in the Call of Duty series and it’s the first of the series to feature battle royale gameplay.

Players are dropped into a map with up to 100 opponents, with one winner surviving at the end of each match.

Rocket League is a vehicular soccer video game developed and published by Psyonix. The game was first released for Microsoft Windows and PlayStation 4 in July 2015, with ports for Xbox One, Nintendo Switch, and Google Stadia coming later. The game includes single-player and multiplayer modes that can be played both locally and online, including cross-platform play between the two platforms. In Rocket League, players control rocket-powered vehicles to hit a ball into their opponent’s goal and score points over the course of a match. The game allows for casual play, but there are various competitive ranked matches, season championships, and tournaments.

Counter-Strike: Global Offensive (CS:GO) is a first-person shooter video game developed by Hidden Path Entertainment and Valve Corporation. It is the fourth game in the Counter-Strike series. Counter-Strike: Global Offensive was released for Microsoft Windows, OS X, Xbox 360, and PlayStation 3 on August 21, 2012, with the Linux version being released in September 2016. It features classic content, such as revamped versions of classic maps, as well as brand new maps, characters and weapons. The game also introduces battle royale game mode called Danger Zone.

Overwatch assigns players into two teams of six, with each player selecting one of 24 pre-defined hero characters with unique movement, attributes, and abilities; these heroes are divided into four classes: Offence, Defence, Tank and Support. Players on a team work together to secure and defend control points on a map or escort a payload across the map in a limited amount of time. Players gain cosmetic rewards that do not affect gameplay, such as character skins and victory poses, as they play the game. The game was initially launched with casual play, with a competitive ranked mode, various ‘arcade’ modes, and a player-customizable server browser subsequently included following its release. Additionally, Blizzard has developed and added new characters (such as Ana) and maps for the game post-release, while stating that all Overwatch updates will remain free of charge to players.

Hearthstone is a digital collectible card game developed and published by Blizzard Entertainment. In Hearthstone, players play as one of nine classes and use cards to construct a custom deck featuring minions, spells and abilities. Players can choose to play casual games with friendly matchmaking, ranked games with competitive matchmaking or Tavern Brawl, which are special challenges or mini-games that are only available for a limited time.

Hearthstone can be played on Microsoft Windows, iOS and Android platforms. The game was released in March 2014, with an iPad version released shortly thereafter. It is currently the best-selling PC game on the Amazon website.

Street Fighter V is a fighting game developed and published by Capcom. The game was released in February 2016 for the PlayStation 4 and Windows platforms, with a Xbox One version released later in 2016. Fight Money is earned through completing daily missions, winning fights and fulfilling other requirements. It can then be used to purchase additional characters, costumes, stages and more.

Also Read :- How to resolve pogo sign in problems