Why should you hire claim adjusters for commercial large loss claims? 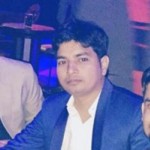 Every year, a huge number of businesses file large loss claims for their businesses. As a result, commercial large loss adjusters prepare themselves to provide expert assistance whenever required. Millions and billions are at risk and thus, in case of an unfortunate event, it would be a wise decision to hire someone experienced. In this article, we explain why you should look for a commercial large loss adjuster for your claims.

But first, let’s talk about what exactly are large loss claims.

Large loss refers to commercial claims or an event in which there is the destruction of the entire property (warehouse, office building, condo building, etc.). It also includes all the assets and inventory. The extent of damage is quite huge and thus, commercial large loss or large loss insurance claims are more complicated than usual insurance claims.

Commercial large losses cover amounts to nearly $50,000 or even more. They even hit 6 digits to millions in many cases. The claims become more complex than the usual ones because of the extent of the damage. Therefore, in-depth investigation and review are necessary for a fair and accurate result. Moreover, attorneys may also involve themselves in some circumstances owing to such a big amount of money on the line.

There are different types of commercial large loss claims as they can occur for a variety of reasons. Some of the common losses are as follows:

Hiring a commercial large loss adjuster means getting greater compensation. It is perhaps the biggest benefit of hiring him. There are many instances when claim adjusters are able to raise the estimates given by insurance companies. The amount offered by the insurance company gets increased by a huge percentage. Thus, you will have more choices and liberty to use the reimbursement after the claim settlement.

Among so many advantages of hiring claim adjusters for commercial large loss claims, one is that there will not be any out-of-pocket expenses. The adjuster is paid from an agreed-upon percentage of the final estimate. In addition, one can hire an adjuster for increasing the estimate in case the insurance company has already given you some sort of estimate. In this case, he will only get paid on an increase in the claim. You don’t have to spend and also, nothing will be taken from the first estimates.

Damage to the commercial property leads to interruption of business or displaced residents from their condominiums. That’s why it becomes crucial to sort out everything as quickly as possible. We, at Santos Public Adjusters, ensure that our licensed commercial large loss adjusters make the entire claiming process smooth for you. We are a Florida-based public adjuster and one of our specialities is commercial large loss claims.

Our client-focused organization assists you in getting a fair deal. Keeping your best interests in mind, we will schedule an independent inspection. Whenever needed, we will negotiate with your insurance company so that you are treated fairly.